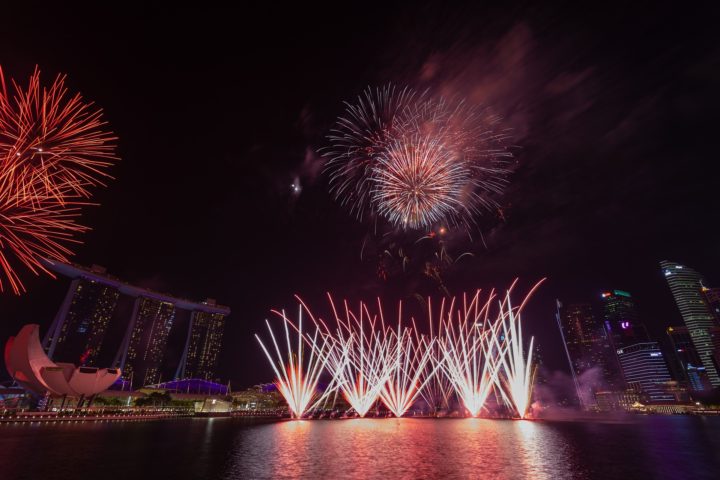 I know, I know, I'm about a week late (lol) but in my defense, our New Year holidays were till the 2nd, followed by 2 days of work for me (and boy, was there a ton to catch up on!) followed by another 2 days off… see, I have good reason for a late update, I promise~

How was everyone's new year? I spent mine at home with my family, and also playing games as usual. It started off so cold and dreary, and if anything it's still the same now, isn't it? At least there have been breaks though, unlike the nonstop, 3-day-long rain in the beginning 😪

My room is normally really warm and stuffy as it doesn't have great ventilation, and I must turn the fan on to the highest speed setting to feel any relief. However during those few days, I actually had a couple of restful naps with the fan off and the blanket on! Yep, it really felt that cold!

Well, while the rainy weather felt nice, it certainly delayed several food and grocery deliveries we had over the new year, and when I went out for photoshoots… It was just so dark, I got really frustrated, lol.

It's certainly been the case over the past couple of months, if you look at a good number of the photo previews I've posted of the new female members – I swear I tried my best to ensure good lighting for the photos, but a lot of the time it was just really dark… Maybe I should get another light, but to be honest it's going to be another pain to carry around. What to do, I wonder~ 😣

Alright I think I've gone on quite long enough for today, there's still other work left to catch up with and I simply wish everyone a fantastic weekend ahead!